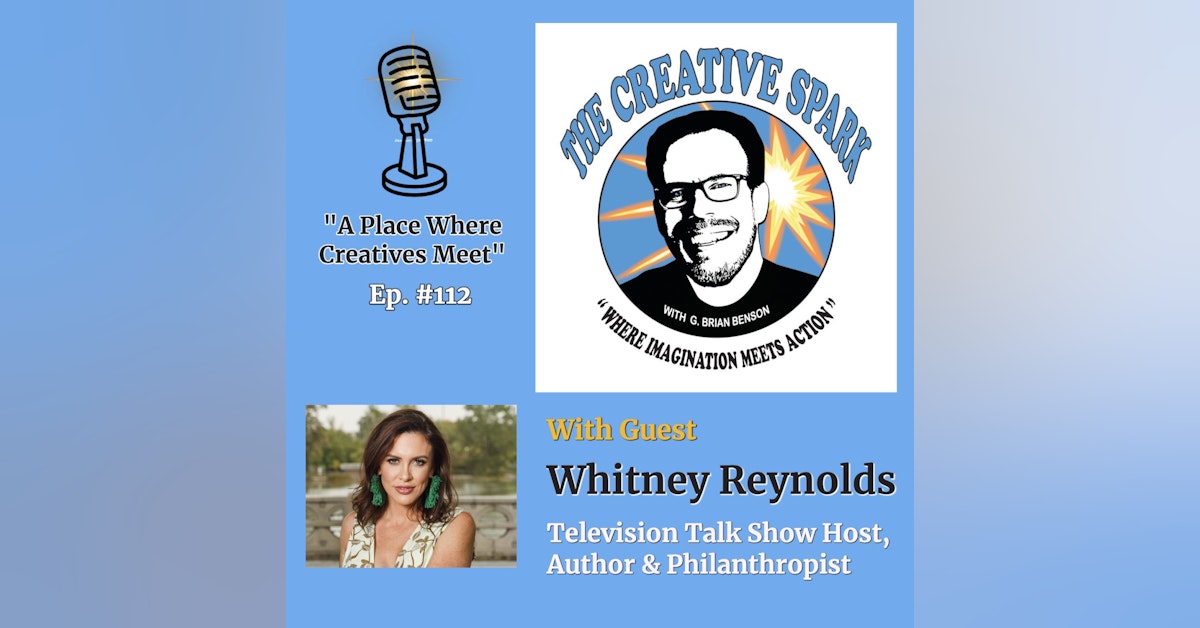 Episode 112.   Growing up in Oklahoma, my next guest Whitney Reynolds always knew that she wanted to have her own television show. As a child, she started interviewing her friends with a makeshift microphone in her living room. During her adolescence, her family's difficult personal journey gave her the desire to share delicate stories that must be told. At the age of 23, her childhood dream became her adult mission and her talk show was born.  Since then, her show has grown and expanded through hard work and a very caring nature that helps her connect with her guests and audience.

She is a television talk show host, media personality, podcast host, author, producer, philanthropist, Emmy nominated and a Telly Award winner. Whitney is widely known for her talk show The Whitney Reynolds Show, a nationally syndicated talk show that airs on PBS stations all across the United States.

Join Whitney and I as we have a fantastic chat about what it takes to produce and host a nationally syndicated talk show!  You won't want to miss it!

-Link to show that I was a guest on Whitney's show!
https://youtu.be/mnEo1lVF-0c

To learn more about Whitney:

Brought to you by Reawaken Media