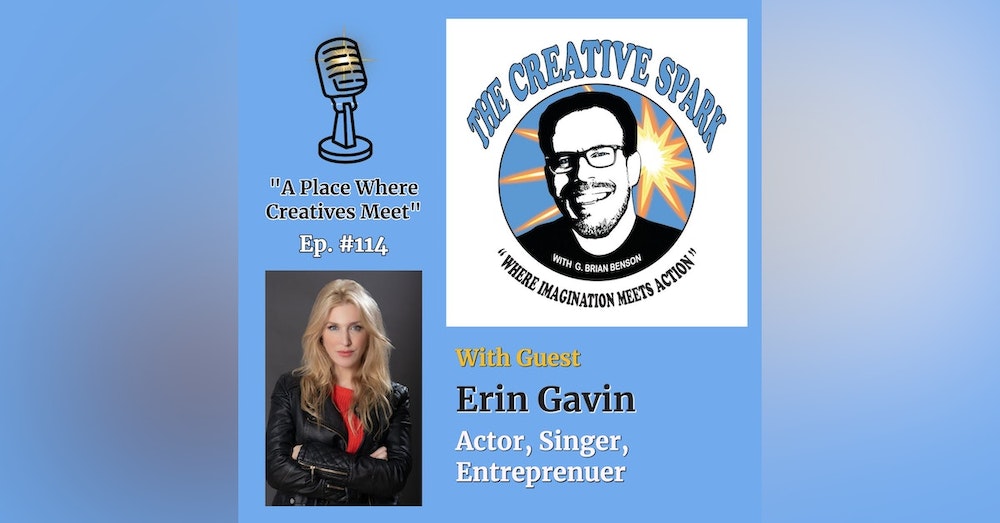 Ep. 114  -My guest this week is Erin Gavin, a Scottish actress, singer, entrepreneur and keynote speaker.


As a child and teen actress, Erin had numerous roles in theater and in UK television series. After moving to Los Angeles, she continued to find success in films, theater and television. In 2014 Erin played for the first time, the role of Marilyn Monroe in the stage play, Marilyn: My Secret at the Macha Theatre in Hollywood.  Since then, she has played Marilyn many more times including the recently released audio podcast Marilyn, Behind the Icon.

In addition to being a celebrated actress, Erin is an incredibly accomplished entrepreneur.  She created the Erin Gavin Agency (EGA), which has become one of the United Kingdom’s leading providers of models, dancers and Film & television background artists.


Erin also recently signed a record deal with Serdica Records and her first track was released last October title "I'm through with love".

Join us as we talk about her career, what it's like to portray Marilyn Monroe as well as what it takes to succeed as an entrepreneur in the entertainment business!